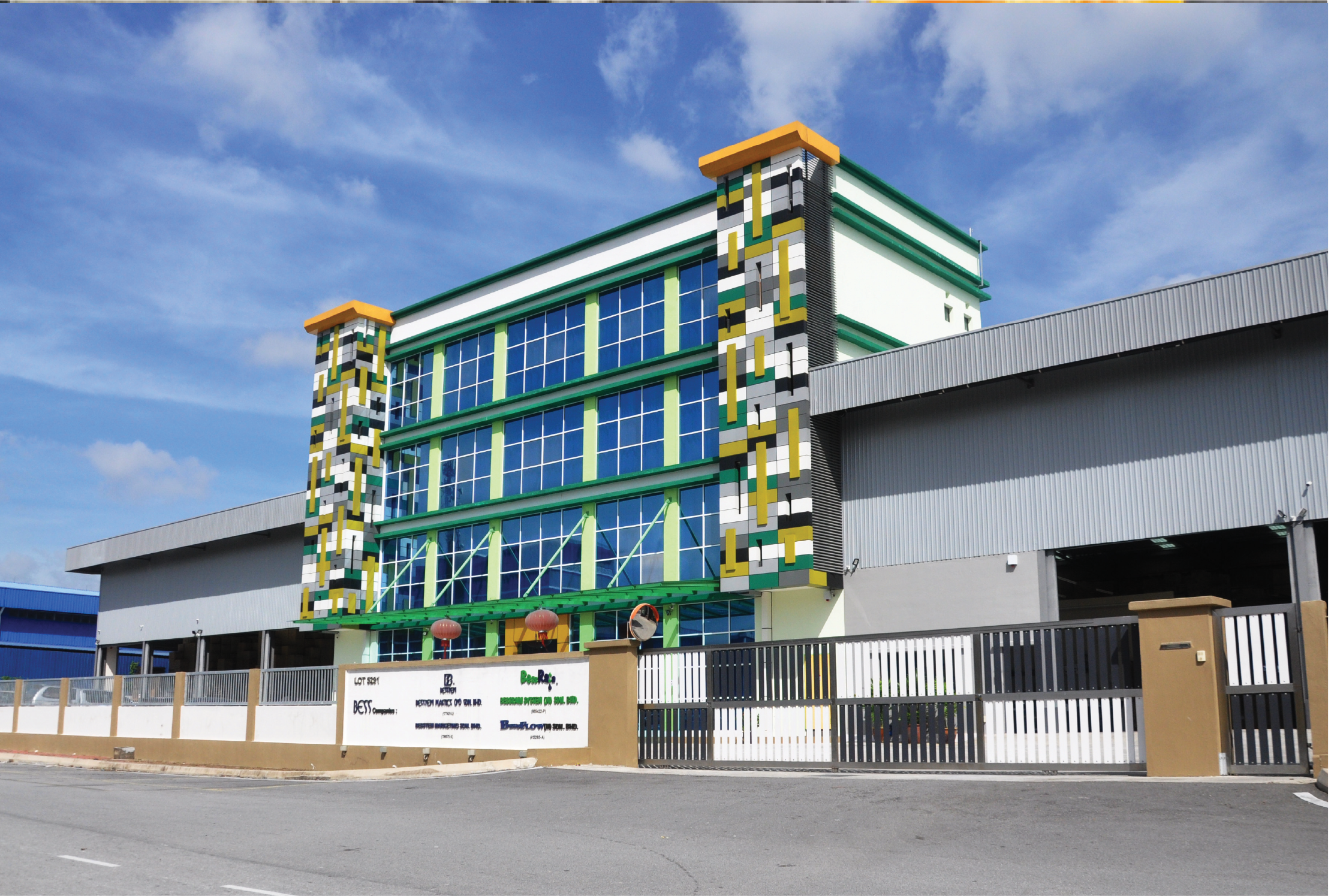 How does the system work? 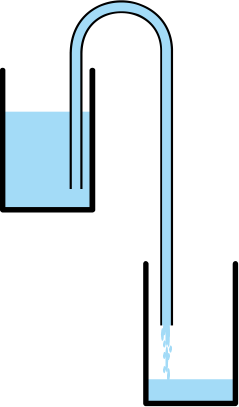 BESSFLOW — RAINPLUS is defined as a Siphonic Rainwater Drainage System because it is based on the same principle as a siphon. The siphon is in general a reversed U-shaped pipe used to pour a fluid from one container to another located in a lower position.

When the pipe is full, the fluid contained in the longer stretch of pipe tends to fall due to its weight causing the suction of the liquid in the shorter section, which is lighter in weight.

The driving force that causes this effect is a result of the difference in height of the two containers: the bigger the difference, the stronger the driving force and, as a consequence, the greater the flow velocity in the pipe.
The performance of the BESSFLOW — RAINPLUS siphonic drainage system is therefore decidedly better than a conventional system where the driving force is generated exclusively by the amount of water that accumulates on the roof. When the siphonic drainage system runs at full capacity, the “siphon effect” is triggered resulting in a driving force that is proportionate to the height of the roof and the end of the circuit, which is typically located at ground level.

Such power generates levels of positive and negative pressures in specific points of the circuit such as to rapidly increase the velocity and, as a consequence, the flow rates of the system (Bernoulli’s principle).

Bernoulli’s principle is named after the Dutch-Swiss mathematician Daniel Bernoulli who published his principle in his book Hydrodynamica in 1738. 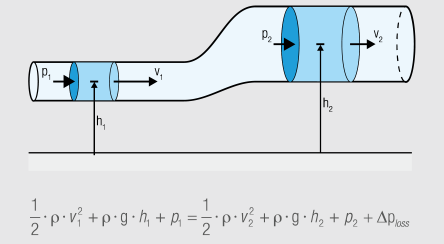 BESSFLOW — RAINPLUS is a siphonic rainwater drainage system that has been designed to guarantee maximum drainage performance with the lowest levels of water accumulation on the roof. This technology guarantees water drainage on medium to large size buildings in total safety. 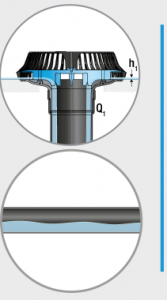 The flow is between 10% to 15% of the design rainfall intensity value. The roof outlet works in a conventional system that air content in the pipes is elevated.

The flow is between 10% to 60% of the design rainfall intensity value. The water that accumulates on the roof and filling up the outlet which trigger the siphonic action. However, the increasing of water speed discharge that results in falling water Levels to break the siphon.

The flow is between 60% to 95% of the design rainfall intensity value. Pipes are completely full of water, but air bubbles are may still present. 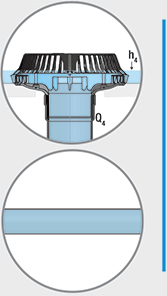 The flow is over 95% of the design rainfall intensity value. Pipes are completely full of water with no air entering and does not produce noise or vibrations.

In Comparison To Conventional System